How to install Ruby in your AWS Machine?

Ruby is a dynamic, interpreted, reflective, object-oriented, general-purpose programming language. Ruby is most used for building web applications. However, it is a general-purpose language similar to Python, so it has many other applications like data analysis, prototyping, and making proof of concept. 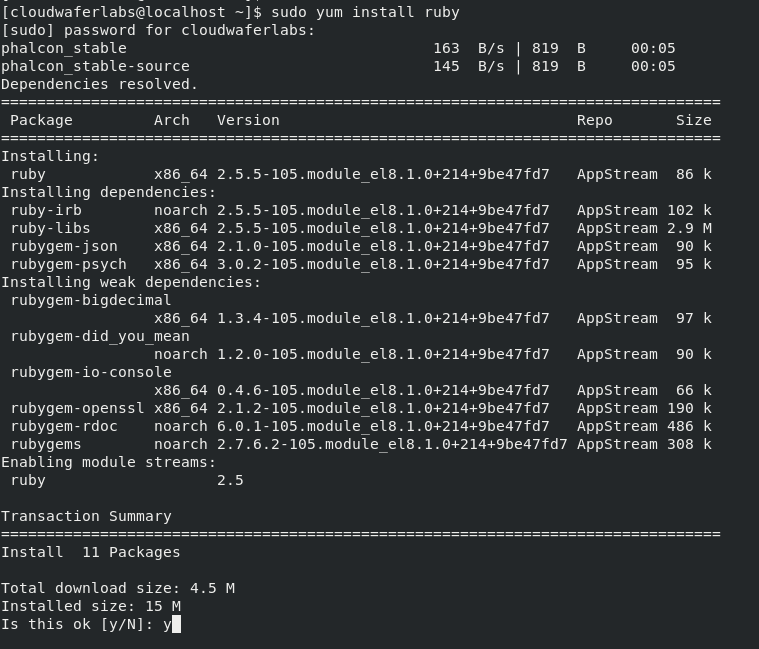 It is a lightweight Ruby version management utility which allows you to switch Ruby versions easily.

add $HOME/.rbenv/bin to our PATH by below command

And for verification of ruby version follow below commands

Now you should have a fairly good idea of installing Ruby on your AWS machine. With just a few generic tweaks, you can install Ruby on any Linux distribution.