In the past published blogs, we already have discussed the ECS and EKS service of AWS. Now let’s get started about this AWS latest announcement – Proton a New Container Management Service.

First, let’s understand it with one example:

“We set up an application on EC2, and the components of this application will not change too much. so it’s easy to keep it related information. where containerized or serverless applications are assembled from small pieces of code developed and maintained independently. Each piece of code has its own infrastructure which we must need to be updated and maintained. And these codes are developed and maintained by different engineers, As at the end the changes are more often for traditional applications. As customers, it can be difficult to coordinate all changes in their infrastructure provisioning, code deployments, and operations. monitoring tools.”

So, AWS Proton solves this problem by providing platform teams with the tools they need to handle this complexity and enforce consistent standards while allowing developers to easily deploy their code using containers and serverless technologies 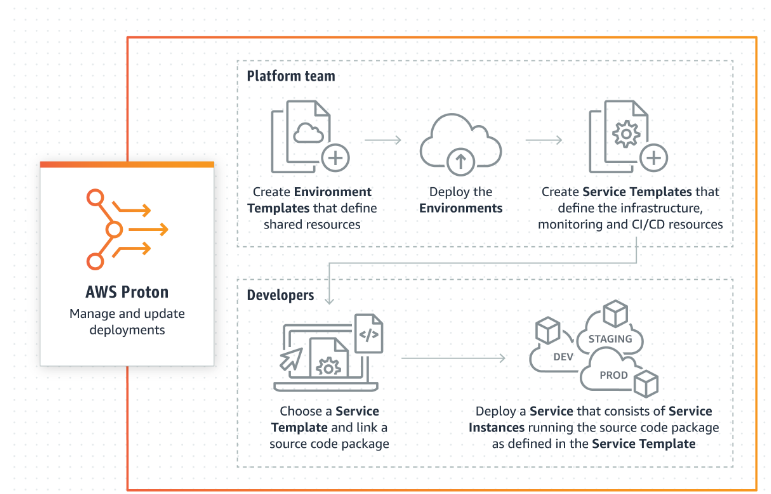 AWS Proton enables developers an easy way to deploy their code using containers and serverless technologies. Some features of AWS Proton are:

For starting AWS has launched the service in some selected regions. These regions are:

You can refer AWS Proton pricing by referring below Link.